Isn’t it ironic…don’t you think? 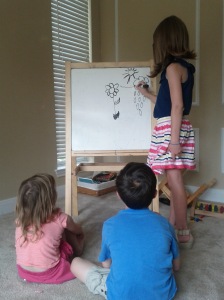 Have you ever been introduced to something new – let’s use food as an example – and before you know it, it’s permeating every aspect of your being?  Let’s say a friend mentions a great burger joint she tried recently and it turns out it’s located next door to your child’s school.  Not only that, but you’ve parked in their parking lot before.  And when you mention it to your husband, he tells you about the great lunch he had there…just the day before.  To top it off, you have an event at the office and it ends up being catered by…you guessed it…the now famous restaurant.  Ever happen to you?

If not, this article isn’t for you.  You can go back to your latte.

This very thing has happened to me lately and it all ties back to young entrepreneurs (which is kinda, sorta the whole theme behind this blog).  Perhaps it’s not as ironic as the immensely creative story I used to kick off this post, but it’s pretty darn close.

Where do I begin?

Several weeks ago I wrote a post called Why Entrepreneurism? and I included a link to a Ted Talk by Cameron Herold entitled, “Let’s raise kids to be entrepreneurs.”  (Hint, watch as much of it as you can if you’ve never seen it before.)  I was so moved by the talk I decided to start this blog and sent Cameron an email to let him know about it.  Just recently, he was kind enough to respond and put me in touch with the Co-Founder of Kidpreneurs.org.  I’ve now been exchanging emails with this gentleman and am hoping to partner on an future event.  Wow.

Shortly after that, I was approached by the intelligent fifth grade daughter (Maddy) of a friend, to ask us if we’d be interested in her services as a mother’s helper.  She said she could help watch our kids for a few hours each week while my wife was taking care of other business around the house – and could teach them and play with them – for a negotiated fee.  Although Maddy is not my child, I felt like such a proud parent.  Here we are, in the middle of our own entrepreneurial journey, and this young girl is filling a need and earning some money in exchange.  Absolutely Maddy!

During her first week on the job, Maddy had us complete a questionnaire she prepared so she could better understand our needs.  She taught the kids about the sun’s role in plant growth and built things with them out of Legos.  When I asked Maddy how she felt about being a mother’s helper, she said, “it has certainly been an adventure, but it also has taught me a lot about  responsibility.”  When I dug a little further to understand how she might spend some of her new found wealth, she simply smiled and said, “I will buy bags of dog food for dogs in need.  Also I will donate some too!”  All I can say to that is…Maddy…Power!

What jobs did you do as a kid?  Did you ever create you own “kid” business?  What do you think about today’s young children starting a business?  Would you hire them?