How to Raise Your Kids to Be Entrepreneurs 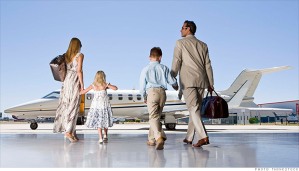 This is a re-post of a great article from Inc. Magazine (the original can be found here). I typically prefer to provide my own content for most posts but found this article to be very much in-line with some of the things we’ve discussed here at Shafer…Power!  Personally, I would add a sixth item to the list…make sure you’ve having fun!

Five things you can do to prepare your children for the life of an entrepreneur.

If you’re reading this article, chances are you’re either an entrepreneur or someone who aspires to be one. At the very least, you’re intrigued and impressed by the aspirations of entrepreneurship. And while we don’t think that entrepreneurship necessarily has to have anything to do with starting and running a business–it’s more about the pursuit of opportunity wherever it lies, regardless of what resources you control at the outset–you probably evaluate entrepreneurs in some way based on the success of the start-ups they’ve launched.

1. Encourage them to have diverse career experiences.

Change is the only constant. It’s a lesson that many of the top entrepreneurs we talked with learned early in life. Their jobs never became their identities, because they had held many different jobs. From the Hollywood producer who had been in the public storage business to the Internet pioneer who had been a Navy flight officer, we found one entrepreneur after another for whom taking the plunge with a start-up wasn’t such a dramatic move, simply because he or she had been through many other plunges before.

2. Encourage them to have diverse academic experiences.

It’s a common fallacy among non-entrepreneurs that in order to succeed with a new business, you have to be the most knowledgeable player in an industry. But that’s not the case at all. What you need instead, is a unique insight that helps you identify a customer need, develop a compelling value proposition, and bring your product to market.

What does that have to do with academic experiences? Simple. The more diverse they are, the more likely you are to have been exposed to customer needs and to develop insights.

People who run marathons or compete in triathlons probably are tenacious and stay motivated even when external encouragement or rewards don’t come easily. It’s hard to find a better description of the personal characteristics necessary to succeed as an entrepreneur.

4. Buffer them from too much anxiety.

One entrepreneur we know well grew up watching his father’s significant business success. What he never knew about was how many times his father nearly lost everything.

“My dad initially struggled for the first couple years,” he told us, “but I had no idea.”

It wasn’t until years later, when he read a newspaper article about his father, that he learned how close he’d come to calling it quits and taking a job as a shoe salesman or working in a 7-Eleven. “I had no idea my dad was thinking about these things [because] he had to put food on the table.”

5. Teach them to embrace luck.

At the same time, Lady Luck gets a vote in the success or failure of any entrepreneurial venture. So if you can teach your kids to embrace the idea of uncertain outcomes, they’re probably more likely to succeed in a world full of variables.

“There’s a tremendous amount of luck that determines how successful you’ll be,” one entrepreneur told us. “But if you’re oriented to be the sort of person who’s proactive and learns to manage your fear, I think you’re going to be successful. I don’t think being lucky brings success; it just influences the magnitude.”

Do you have any interest in your kids becoming entrepreneurs?  What else would you add to the list?  How would you like to be William H. Gates, Sr.?

Next: Austin From Scratch (An Interview with Torchy)