5 Really Cool Things We’ve Discovered Together as a Family 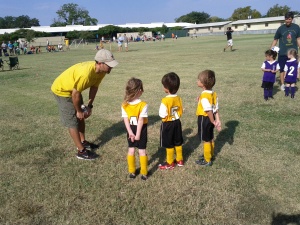 It’s been just over five months since the launch of Shafer…Power! and it feels like a good time to check in to ensure we’re making satisfactory progress toward our goals.  Personally, I feel as though we’ve made great strides together and are really just starting to gain momentum in our journey of entrepreneurism.  In fact, I thought it would be a fun way to evaluate our progress by writing about 5 really cool things we’ve discovered together as a family.  Without further adieu:

1. Every child is a blank canvas.  And that canvas is made of sponge.  No surprise about the blank canvas, right?  After all, the little ones have none of our life experiences and carry none of our baggage.  What surprised me, however, is how quickly they absorb the new things they learn.  For example, when we made and sold homemade chocolate bars back in May, I was amazed the kids had remembered the recipe several months later and basically started making chocolate bars one day by themselves.  It’s been like that with everything; they have a knack for remember things even on several occasions when I wasn’t sure they were grasping a new concept.

2. The best thing you can do for your child is feed his/her curiosity.  I’ve found myself becoming exhausted by a barrage of questions from the kids and have even made efforts to redirect the curiosity (have you tried asking your mother?).  But I learned very quickly that their curiosity is sincere and yes, they do want to know how cars are made and how corn-on-the-cob grows and what a hurricane looks like.  I’m sure there may be better ways to answer their questions but I’ve found that YouTube can be a great resource.  And, of course, the public library.  It seems like the more we feed their curiosity, the most questions they will ask.

3. Harnessing the energy of a child is like mining for gold at the base of a rainbow.  What I mean by this is that there’s so much energy inside a child and so much gold at the base of a rainbow that if you can figure out a way to tap into those powers, you
will have something really special.  And I really believe if you give them a little bit more space than you’re comfortable with, you’ll frequently be surprised at the outcome.

4. Successful people understand the importance of investing in today’s youth.  When I sent an email to the Founder of Torchy’s Tacos to ask him if the kids and I could interview him, I figured I’d never get a response and would have to move onto the next thing.  However, he was kind enough to respond and even more kind to give us an hour of his time so we can ask him a whole slew of questions about how he started his uber successful restaurant.  Not only that, but he had great patience with the kids and took the time to hear their questions and answer in a manner they understood.  I bet somebody did something similar for him as a child and now he’s paying it forward.

5. Being adventurous together brings you closer together as a family.  When I think back to my childhood, I mostly recall the fun memories.  (Of course there is the time my big brother threw me like a football and I broke my arm but that’s another story.)  I think what we are doing with Shafer…Power! is creating memories.  I hope the kids remember the time we made a big batch of cupcakes together at Hey Cupcake! or sold tacos from a wagon in our neighborhood.  I know that they already talk about our adventures together and periodically share our stories with a stranger.  I know that I can feel all of us growing together, laughing together and having a lot fun together.  Yep, Shafer…Power! has definitely been a success thus far.

What do you recall from your childhood?  What have you discovered lately?  What are you doing to leave a positive impact on your children?

Next: Pencils Down: Stop the Homework Insanity